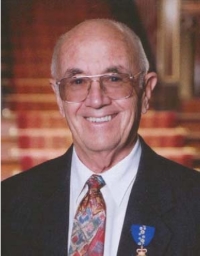 A most important decision

Deciding which school you will choose for your child is one of the most important decisions you will make. It is a decision that will not only affect your child’s emotional and mental development and his or her future career prospects it will also affect his or her eternal destiny. Jesus said, “What good will it be for a man if he gains the whole world, yet forfeits his soul? Or what can a man give in exchange for his soul?” (Matthew 16:26 NIV)

All education teaches children values. You have the choice whether your child grows up with Christian values or secular values. This&hellip...is written to assist you in making that choice.

Why are secular values a problem?

Over the last half century, Biblical values and Christian beliefs have progressively been removed from school curricula in universities, schools and in the educational bureaucracy by those who have brought a strong secular humanist and often Marxist influence into educational policy. As a result school students are taught to make up their own minds about what is right or wrong even if this means rejecting home or church values. Humanists believe that society’s problems can be solved by education and that if students are given correct information about issues such as drugs, sexuality, and homosexuality they can be trusted to make up their own minds about what they should do. However, to teach a student that he or she is free to make up his or her mind about such matters implies that there are no right or wrong responses and that these are a matter of personal preference. However the Bible clearly teaches about things that are right and wrong. When students study novels and films that push the limits on lifestyle issues they are presented with models very different to those approved of by their home and Church. These approaches set young people adrift and have led to many of the social problems that we grapple with today.

Christian schools were commenced in Australia in the last part of last century because parents were concerned about falling standards in morality, discipline, the increase in drug taking, alcoholism, sexual promiscuity (and the resulting increase in sexually transmitted diseases), youth depression and suicide rates among young people. What was taught in universities, in schools and in the media brought about changing attitudes in society leading to a breakdown in marriages and in family values.

Are things different today? Well yes and no! On the one hand, faced by strong competition from Christian schools, secular schools are attempting to improve their image and to bring values into education although it is often difficult for them to find an agreed basis for such values. A stronger Christian stance is seen in many of the emerging young leaders who have had the benefit of a Christian school education. But in other areas things are getting worse. The powerful but often subtle impact of the media through the internet, electronic games and the videos and movies so readily available to young people is bringing a stronger attack on Christian values than the Church has ever experienced. The blatant influence of pornography through the media and the internet has more potential to degrade thinking and erode values than anything before experienced. Today, Christian schools are more important than ever as part of the proper protection of the innocence of our children and their preparation as effective Christian citizens.

How does secular thinking affect children?

A child enrolled in a secular school will be subtly influenced from his or her first day at school through an education that does not take any account of God and that makes Easter bunnies, witches, warlocks and Santa Claus seem more real than God. In a secular school morality is taught as relative and the theory of evolution assumed as a fact that explains the origin of humanity and incorporated into many facets of learning. Students of a secular school are unlikely to ever be presented with the evidence for intelligent design and since they are expected to accept their teacher’s authority it is not surprising that they accept evolution as fact. It follows that if they believe that their parents might be wrong about evolution they might also believe them to be wrong about the existence of God Himself.

These students will grow up with, and form friends from, a peer group that views God as irrelevant. The values of the peer group are likely to be more influential than home and church values. The main danger children face in a secular school is not the possibility of drug experimentation, sexual permissiveness or mind pollution, real though these dangers are, but the secularisation of their whole thinking and the partial or total rejection of the beliefs and values of their home and Church.

Why choose a Christian school?

They are schools of excellence

Christian schools are schools of excellence! They have committed teachers who are well trained and equipped, a committed community of parents and motivated students. These factors provide the ideal environment for students to grow as God intended and to maximise their God-given potential for His glory. Christian schools are schools of excellence because they help students to concentrate on what is truly excellent (Philippians 4:8-9) and assist them to think as Christians about the world of science, the humanities and the arts, and to develop a Christian worldview in which the Bible is seen as relevant for all of life. Why would Christian families trust the moral and spiritual wellbeing of their children to teachers, who though well trained and decent people, have values and beliefs that are totally different to those of the Christian home and these will inevitably affect the thinking of the children?

The Bible teaches in Deuteronomy 6:5–7 that children should be brought up to love the Lord with all their heart, soul and strength not only when at home or church but at all times and in all areas of their life and thinking. This commandment was given to the children of Israel at a point in their history when they were coming in contact with a civilisation in which they would face the temptations of affluence and immorality. Surely today in our society, with its all-pervasive media, our children have an even greater need of daily and diligent instruction in all areas of their life that they might not forget the Lord their God.

Jesus himself warned Christians of the importance of not causing their children to fall into sin (Matthew 18:6–9). He warned against allowing the (spiritually) blind lead them because “they will both fall into a ditch”. He also warned that when the education process is finished the students will be like the teacher. (Luke 6:39–40).

Paul also warned Christians (Romans 12:1–2) of the danger of being “conformed to the thinking of the world”. Instead he said that they should “be transformed by the renewing of the mind”. Students who attend a secular school will likely be conformed to the thinking of the students and teachers of that school. Those attending a Christian school will have their minds renewed in the context of a vibrant Christian community. A student needs not just a school that is Christian by name but one that has a vital Christian community that influences the lives of the students. It is hard to see how parents can be confident that they are obeying scriptural principles if they send their children to a secular school with its humanistic aims and values. Christian schools on the other hand do train the whole person, body, mind and soul, to grow up in the Lord. They are Christian learning communities where by “speaking the truth in love (the children) grow up into him in all things, who is the Head, that is, Christ” (Ephesians 4:15).

In a secular school children from Christian homes often resort to leading compartmentalised lives. At school they face ridicule if they talk about Christian beliefs and values, so they quickly learn to cover up their Christian ways. At home they may be punished for using language that is part of their daily life at school and they are often uncertain as to what they can talk about to their parents without earning their disapproval. Thus their lives are compartmentalised into a religious and a secular part. This affects their ability to communicate to others about their beliefs.

The Bible tells us that discipline is necessary for the well-being of the child. (Proverbs 23:13). Because Christian schools are based on Biblical principles they will maintain standards of discipline consistent with those of the Christian home. Discipline is given in love, by the teachers showing the fruit of the Holy Spirit. Students who are loved feel accepted and valued.

In a Christian school each individual is valued as one created in God’s image and an accepted member of the school community whether bright or slow in learning; good or bad at sport; or attractive or plain in appearance. There is no better recipe for sound emotional development than an education given by teachers with a genuine love for the student.

Christians are involved in spiritual warfare as Satan seeks to force them into his mould. As Ephesians 4:14 reminds us, children are the ones most likely to be influenced by his strategies. Many parents are losing the battle for the minds and souls of their children. Sending a child to a Christian school will not guarantee that he or she will not reject the Lord, but it will give to the child the support of caring teachers, who are fine models, a peer group that accepts Christian values, and teaching that supports the values of the home.

The school will become the place where children find and make lifelong friends, and where they may well find their life partners. At the same time, they will be equipped to be effective members of the Church who use their gifts and abilities to strengthen each other and to bring glory to God (Ephesians 4:12–13). Because a Christian school trains its students to think as Christians about all the issues of life they will be better prepared than most for university, college, work, or whatever challenges to their faith may come in later life. They have had the advantage of learning from teachers who themselves have had to face these issues.

What better or more practical way to prepare your son or daughter for a successful and fulfilling life and, at the same time to help radically change our country than to follow the Biblical pattern of training a new generation, that is highly educated and well-equipped with Biblical knowledge, to live for Christ in an increasingly secular world? If parents are obedient to the Lord and really want their children to have a truly excellent education they will choose a Christian school.