An excerpt from an interview by Jeff Robinson of Nathan Finn, February 25, 2016 in The Gospel Coalition 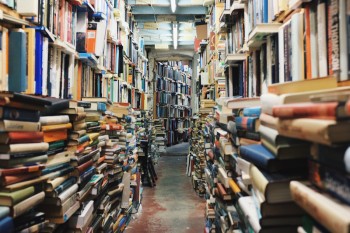 For many, the very mention of studying or reading history conjures sleep-inducing lists of names, dates, places, and events. Why do relatively few people love to study or even think about the past? Could it be chronological snobbery, as C. S. Lewis suggested? No doubt that’s part of it. Perhaps it’s also because many teachers have approached history with the fervor of an iceberg.

Nathan Finn believes engaging those who have gone before us is vital, and he teaches and writes about history with care and passion. After serving several years as professor of church history at Southeastern Baptist Theological Seminary in North Carolina, Finn was recently elected dean of the School of Theology and Missions at Union University in Tennessee.

I corresponded with Finn to discuss the art of teaching history, the place of providence in the work of the historian, the role of the past in recovering the evangelical mind, and more.

Your new book, History: A Student’s Guide (Crossway, 2016), is part of a series on reclaiming the Christian intellectual tradition. What role does learning history play in recovering the evangelical mind? 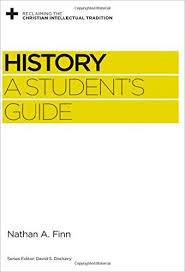 One of the besetting sins of evangelicalism is a mostly ahistorical approach to theology and praxis, often at the popular level, but also among many pastors, scholars, and other ministry leaders. As evangelicals, we appeal to the supreme authority of Scripture, and rightly so. But we don’t read our Bibles in a vacuum. Too often our reading of Scripture is informed more by pragmatic considerations, cultural sensibilities, and personal preferences than by the best of the Christian intellectual tradition. We will be a healthier evangelical movement to the degree we root our faith and practice in the best thinking of those who have gone before us.

To be clear, the Christian intellectual tradition should never play a magisterial role in evangelical thinking. Scripture alone is our only infallible authority for faith and practice. Nevertheless, tradition should play a ministerial role in our thought, helping refine our theology, spirituality, worship, and mission in dialogue with our forebears in the faith.

Sometimes I get the feeling people don’t like to study history because it hasn’t been taught well. How should (church) history be taught and written so it’s lively and compelling, not ho-hum and off-putting to people in the pews?

I think you’re right. In the book I write:

Many history teachers focus almost exclusively on rehearsing the past, forcing students to learn about names, dates, and key events. Lazy engagement with the past is the reason many students do not care much for history; they have never been properly introduced.

Good historians teach the past as the story we’re all part of—for better or worse. Students need to feel we’re part of something bigger than ourselves. And for Christian students, we need to be reminded that we live “between the times” and that our individual stories only make sense when seen as part of the larger story beginning with creation and ending with consummation. And for those of us who are historians, we must teach and write like the past really matters—because it does!

This is the $64,000 question for Christian historians. In fact, I devote all of chapter three to this important and controversial topic. I believe we must avoid two extremes, both of which we find among historians who profess faith in Christ.

The first extreme is what I call a “providentialist” approach to interpretation, in which history is treated as theology, and historical teaching and writing is approached like a sermon. This forces historians to act like prophets, making religious pronouncements concerning matters about which we don’t have absolute knowledge. It also causes us to use history as an apologetic for our theological presuppositions. This approach to the past is quite common at the popular level, especially among political activists like David Barton who argue America was established as an explicitly Christian nation.

The second extreme, far more common in the academy, is a “secularist” approach that virtually precludes the existence of providence. Historians who teach or write in a secularist vein assume an anti-supernatural worldview—even if they personally believe in the supernatural. Many observers criticized Christian historian Harry Stout for going too far in this direction in his controversial 1991 book The Divine Dramatist: George Whitefield and the Rise of Modern Evangelicalism.

I believe Christian historians should interpret the past such that religious ideas are taken seriously and “space” is left for the supernatural that can’t be explained through archival research. As I explain in the book:

Unlike the providentialist or secularist, Christian historians in particular ought to own this truth and abandon the futile quest for permanent, complete, unassailable interpretations. Historians never glimpse the complete picture. Intuitively, I think we know this to be true. For example, in our own personal experiences we understand there is much information we are not privy to, whether the innermost thoughts of other people, events happening in other places, or the invisible, spiritual realm around us. This is even more so the case when we study the past.

Jeff Robinson (PhD, The Southern Baptist Theological Seminary) is a senior editor for The Gospel Coalition. He also pastors a church plant in Louisville, Kentucky, and serves as senior research and teaching associate for the Andrew Fuller Center for Baptist Studies and adjunct professor of church history at Southern Seminary. Prior to entering ministry, he spent nearly 20 years as a newspaper journalist in Georgia, North Carolina, and Kentucky, covering various beats from politics to Major League Baseball and SEC football. He is co-author with Michael Haykin of the book To the Ends of the Earth: Calvin’s Mission Vision and Legacy. Jeff and his wife, Lisa, have four children. You can follow him on Twitter.